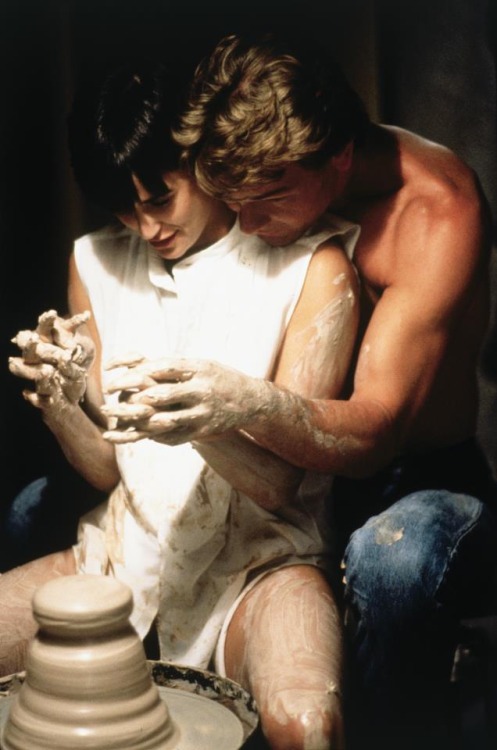 Whether you believe in ghosts or not, the concept of their existence has caused debate amongst conspiracy theorists for centuries. I can’t count the number of sleepovers I attended throughout my teens, during which somebody had the fabulous idea of telling a ghost story with only the eerie light of a torch for comfort. I might be ballsy now, but as a teenager I was so easily scared. And, whilst my pals turned in for the night and quickly fell asleep, I lay wide awake – not daring to close my eyes out of the genuine fear that a demon would be inches from my face when I opened them again – if it hadn’t murdered me first. However, for some, telling ghost stories just isn’t enough to fulfil their need to feel connected to the elusive spiritual world. Whilst studying for my degree in journalism, I came across a bizarre little community of people online who claim to be turning to ‘ghost sex’ to fulfil both their supernatural and sexual fantasies. Yes, I’m afraid to say you read that correctly. People are allegedly fucking ghosts – and they are loving it. Whilst I put together a piece which later won me a national award, I felt I had to share the same article here, as it’s just too good to miss, even if I do say so myself.

Spectrophilia, a fetish classified as the ‘paraphilia in which a person experiences a physical attraction to ghosts or spirits’ is an actual thing, and increasing numbers of so-called ‘spectrophiliacs’ are reportedly encountering sexual experiences with spirits. When she made the controversial claim that she had sex with ghosts on multiple occasions, swearing that the experiences were ‘really, really pleasurable’, actress Natasha Blasick caused quite a stir among professionals. But the star was not alone in her claims, and soon after she made the allegation, singer, songwriter and rapper Ke$ha followed suit with some contentious claims of her own. She reported that her ‘naughty-nookies’ were in fact the sole inspiration for her 2012 track Supernatural. Ke$ha regarded her experience as an opportunity to ‘engage with the supernatural world’ in a ‘sexy way’ and assured her concerned fans that she was ‘very open’ to such an experience.

However, despite these celebrities’ self-assurance that they take ‘comfort’ from such experiences, such claims have sparked quite an alarming rate of concern and scepticism from experts in the metaphysical and paranormal. Patricia Mahi, a Hawaiian medium, believes that ghost sex should be avoided in the same way that you would avoid sex with a total stranger.

So, Patricia, how would you summarise the concept of Spectrophilia, and what are the dangers?

Simply put, it is the desire to have sex with an apparition, a ghost. There has been much literature in ancient times of humans having sex with ghosts. There are stories of such occurrences in Arabic, Greek, Hindu and Celtic cultures to name a few. To my mind, these stories are simply fairytales. We live on a totally different vibratory level than spirits, and the idea of being able to have sex with those who have passed seems to be breaking not only laws that I have experienced as a psychic, but also defies what I perceive as the law of physics. I still adhere to the belief that ghost shagging is a combination of sleep paralysis and one’s own libido at work. I can recall, living here in Hawaii, stories of creatures mounting both men and women in an attempt at coitus. But I still maintain that these are dreams and folklore. One’s own libido is often in high gear in sleep. This explains wet dreams that young men often have. And, there are cases where young women have reached climax in their sleep. If you mix in the mind’s desire to make sense of it all, we have to put a sexy person at the other end of this dream.

What advice would you offer to anybody who claims to have had sexual contact with a ghost?

My advice is RUN! But seriously, my advice to anyone who has encountered a succubus, incubus or experienced ‘ghost sex’ should do his or her best to avoid any further contact. It can be a very dangerous world out there, and I would seriously recommend that they seek the immediate help of a strong spiritual individual to rid them of this potentially harmful entity, and I recommend that they contact a sensitive that specialises in ‘cleansing’ unwanted spirits. If anybody claims to have had intercourse with a ghost, I would suggest that they spend some time with a psychologist who has a good understanding of psychic phenomena. This way, they would be speaking to somebody who would have empathy, understanding and the ability to get to the bottom of what actually happened.

What do you consider to be the ‘scariest’ thing about the paranormal world?

The scariest thing about the paranormal world is that the expression “as above, so below” is very true and is amplified in the afterlife. If there is evil here, it is evil times 1000 without limitation. So, every day I prepare myself, my husband and even my dog for the day knowing that good exists and also knowing that bad exists. Staying away from evil people, evil thoughts, evil spells and everything that you know in your heart to be wrong is your best protection. You lock up your car, doors and do everything to remain safe every day. Lock yourself up against evil in the same way.

As a professionally practicing medium, what is the most haunting experience you have had?

I haven’t had scary experiences as a medium. Since I learned how to control what I do and pray for protection, I don’t have a problem. Earlier in my life, I did have some scary things happen, but that was before I was schooled in the proper way to prepare and protect myself. For example, I had a psycho-kinetic experience in my teens which shattered some Christmas balls which I had just said I did not like. That was a scary experience for me and my family. I was called a Witch, but really I had no conscious desire to break anything. Nevertheless, I was castigated by my family for something I had no power over. Which brings me to an important point; teenagers are so filled with mixed emotions and misdirected powers that if they have psychic gifts, they need to learn how to control these powers.

I believe in mental illness more than I believe in demonic possession. However, I have encountered two entities that attached themselves to clients of mine. The first entity latched into the client with what appeared to be large, sharp teeth. I called upon my most powerful angels, and they took out the entities teeth and showed them to me to prove that the entity was no longer dangerous. All that remained was an angry but powerless entity that left my client and disappeared. The second case was a man who had committed suicide and was earthbound. He remained on this planet because he wanted to help his son, but as a disembodied entity he could do nothing for his son – and his continued presence in this world was causing him to dissolve. He was accompanied by a female drug addict who had passed on and who had latched onto him because he was the only entity she could see. Before he could move into the light, he had to part company with this other spirit. Only then, with the help of the angels, could he move on into the light. You asked about why spirits are more active around Halloween. I think the reason that they appear to be more active is because we – on a conscious level – invite them in by watching scary movies and all the other trimmings associated with Halloween. We just bring it to the fore by thinking about it. Which means that during Halloween, one has to be more aware of a phenomenon that’s possible 365 days a year.

What is the most frightening aspect of your job?

The only frightening thing about my job is coming up with dead air. Sometimes people have reincarnated and they aren’t available for a conversation. At other times, there are pieces of information missing that lead to a misunderstanding, such as in the following incident. I had one real scare during a reading for a very nice bride-to-be. No matter how hard I tried to envision her groom, nothing came into my mind. I couldn’t even envision the little plastic groom on their wedding cake. I thought I’d failed her. During the reading with this client, I confessed that I couldn’t get anything about her groom. She laughed and said “That’s because I’m marrying a woman!”
Do you believe in the spiritual world?
Lou x 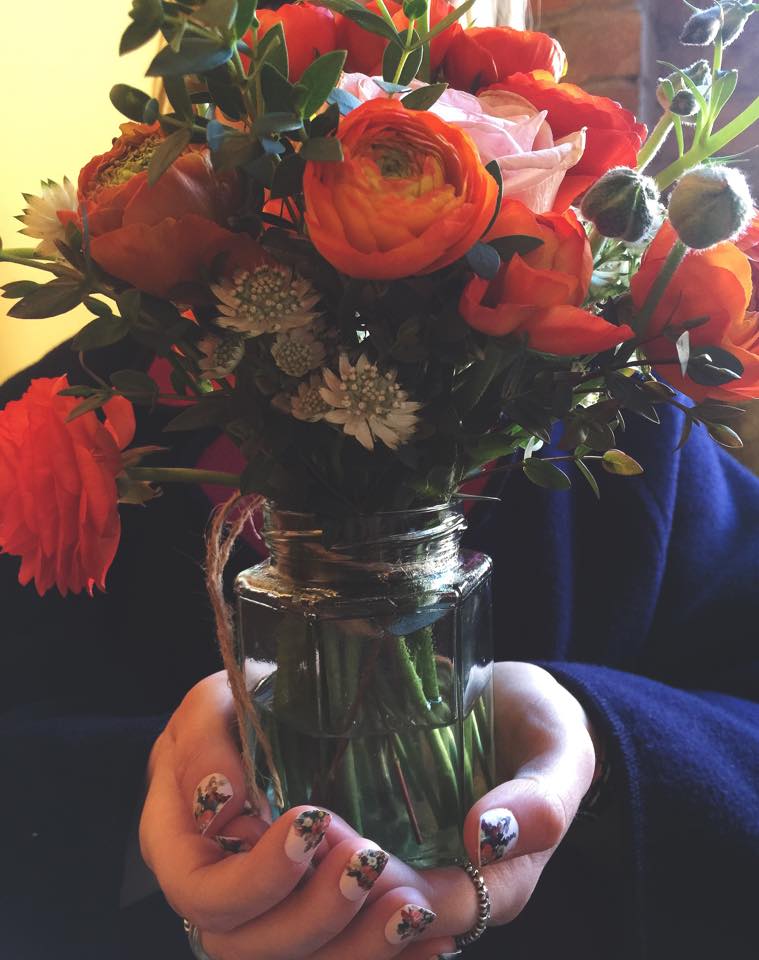 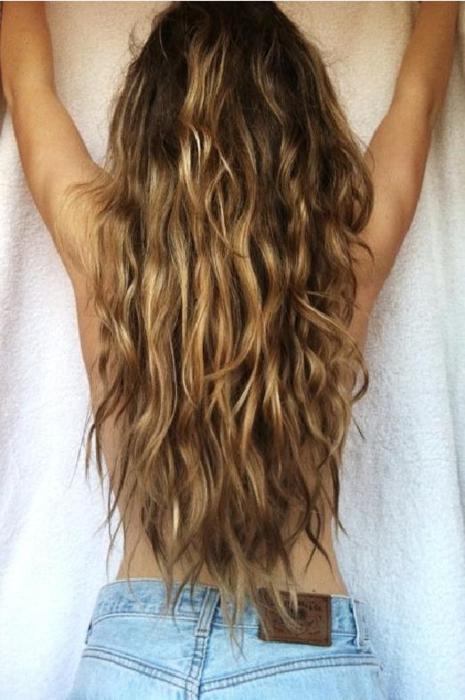 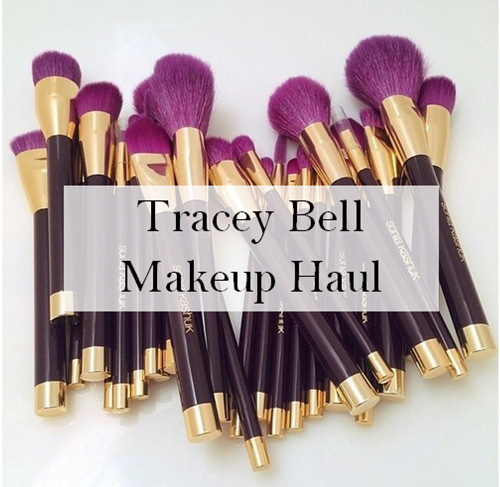 Worth a Try: Tracey Bell Cosmetics

Hello, I’m Lou. I’m the proud mama of a beautiful little boy, a national women’s magazine editor, multiple award-winning journalist, children’s book author and blogger. I have a very serious problem with book and houseplant hoarding, and have an addiction to tea.

My Life In Pictures

2020 has been a funny old year and absolutely deva

Christmas Day with my beautiful sister🥰❤

Strategic cropping of the lockdown roots🙃🤣

I'm so proud of my myself for sticking it out when

Just like that, my beautiful, funny, kind, smart l

Making the most of having fresh lashes and no root

So full of joy🥰

Had THE best weekend with my baby, best friend and

Somebody please tell my son he is only 10 months o


Error: API requests are being delayed for this account. New posts will not be retrieved.