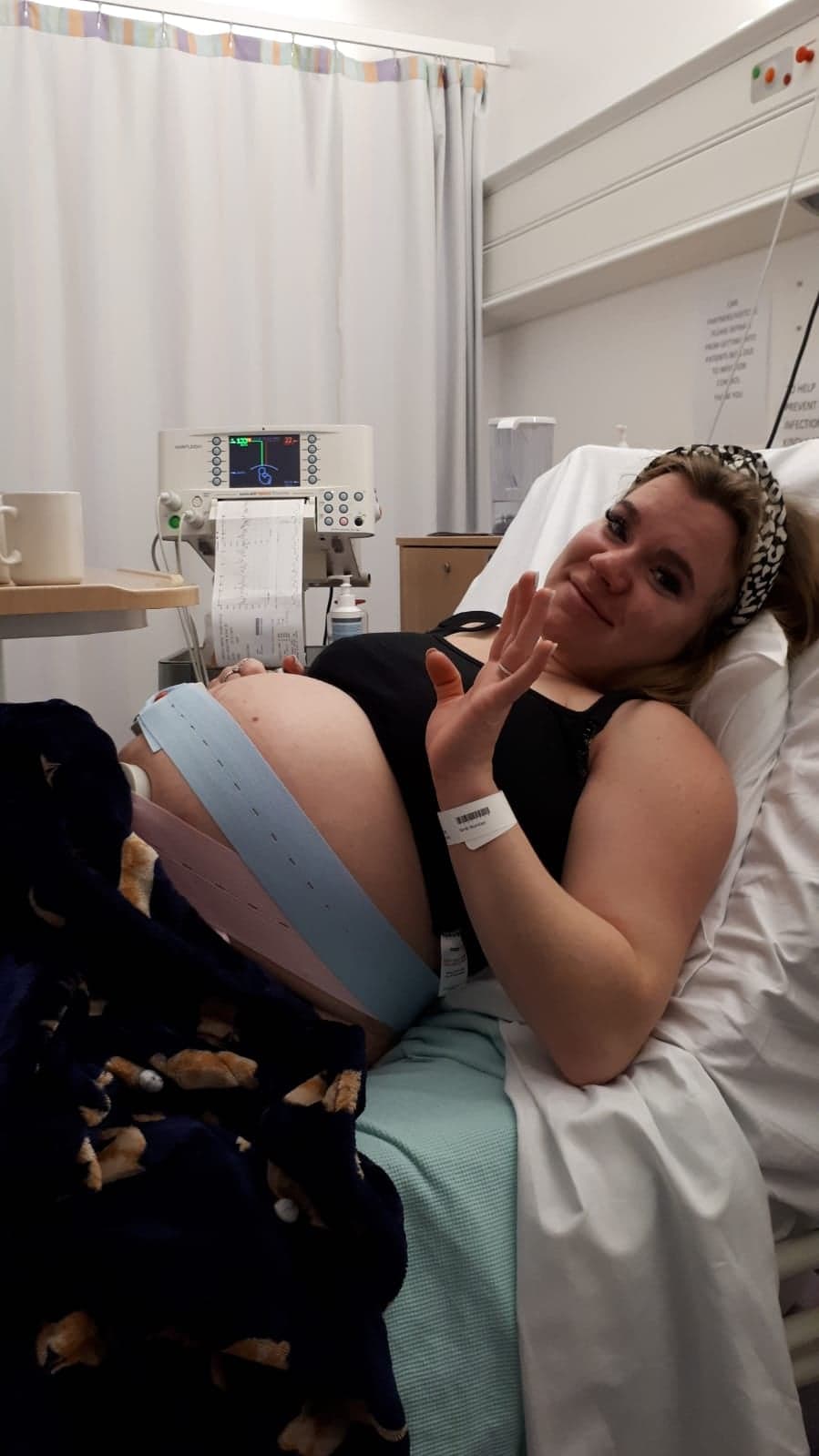 When I discovered I was pregnant, I was absolutely overjoyed. I pictured gorgeous little shopping trips for baby essentials with my mum and sister, pushing my swaddled little cherub around the park in his pram, and snuggling up together for some precious skin-to-skin contact at nap time. But it wasn’t just the sweet, cookie-cutter parts of new motherhood that I daydreamed about.

There are so many unknowns when it comes to pregnancy and labour, and so much of it is totally out of our control. We’re at the mercy of the little life inside us, which is beautiful but also quite unnerving. One of the things that stuck in my mind the most was the not-knowing when my waters might break. I had visions of them breaking melodramatically during the night, or as I shopped in the middle of a busy supermarket. It never actually occurred to me during the early stages of my pregnancy that my waters might not break at home – or even naturally, when my little one decided to make his grand entrance.

When I signed up for the Big Baby Trial (if you haven’t already, you can read about this here) I was selected to be induced in hospital at 38+2, which meant I would never experience the comedy of my waters breaking and flooding the bedroom, or bursting in the middle of a busy supermarket to the dismay/amusement of fellow shoppers. Nor would I be sat enjoying a cup of tea at home, thinking: “Is today the day I meet my son?” Instead, I would be in the hospital, hooked up to monitors and ready and waiting to meet my little one.

The night before my induction, Michael and I decided to put the Christmas decorations up early, so that we would bring our new addition home to pretty festive trinkets and twinkling lights. And whilst I was calm and collected, Michael was a nervous wreck. So, I thought hot chocolates, Christmas films and decorating might calm him down a little. It definitely had a calming effect on me, because as I piled my hospital bags beside the front door the following morning, I felt nothing but a serene sense of joy, contentment and excitement. It felt like such a magical moment – if we ignore the fact that I could hear Michael, who was very much the opposite of calm, vomiting profusely upstairs. Retrospectively, I truly wish I’d just embraced and enjoyed that moment for a little while longer. I was in such a rush to meet my little one that I didn’t realise what a special moment it was until I reflected on it later.

I’ve heard induction horror stories aplenty about how painful and traumatic the process is, but in my experience, it was slightly uncomfortable at worst, and I really hope that by sharing my experience I can bring some sense of comfort to another expectant mummy who might find herself needing an induction.

Me, Michael and my lovely mum arrived at the hospital at 11am and were taken straight up to the ward. There, I was hooked up to a monitor to check on my little one’s heartbeat and movements, which were both perfect. My lovely midwife, Carla, explained that the induction process would involve four prostaglandin (a hormone which helps the cervix ripen) gels – all inserted vaginally – being administered within a 24-hour period. The first three would be given on day one, six hours apart. She explained that if the third gel of the day failed, I would be monitored overnight before my fourth and final gel was inserted the following morning, still within the 24-hour window. She also explained that if the fourth gel failed, my induction would be noted as ‘failed’ and I would automatically require a c-section. It’s worth mentioning here that throughout my pregnancy, the one and only concept that terrified me was needing a c-section. This is largely down to the fact that I’d searched the procedure on YouTube and watched with morbid fascination as a surgeon cut through S E V E N layers of muscle before yanking – and I do mean yanking – the little one out of his/her mummy’s tummy. It looked absolutely bloody brutal and made me feel a bit squeamish, so I’d resigned myself to giving birth naturally at any cost.

At around midday, the first gel was inserted. I was told to clench my fists and push them under my bum cheeks to lift me up slightly, before Carla inserted the gel, which was in a tube not unlike the kind toothpaste comes in, into my cervix. It was a little uncomfortable, but totally bearable and over in seconds. I was told to lay flat for around 20 minutes to allow the gel to work its magic (and would need to be monitored to check Baby Lamb hadn’t reacted adversely to the gel), then advised to stay upright and as mobile as possible, as doing so can help to soften and dilate the cervix more quickly. As soon as I was able, I jumped up off my bed and proceeded to do the rounds of my hospital. I walked, lunged, danced, crabwalked and squatted my way around five floors – much to the amusement of my partner, mum, fellow patients and staff alike. I didn’t care how silly I looked, I was just so excited to meet my baby boy that I’d have climbed a mountain if it meant getting him out more quickly.

At around 5pm, after hours of exploring the vast hospital corridors, I was hooked back up to the monitor to check everything was OK with Baby Lamb. Although my cervix still hadn’t dilated at this point, Carla seemed delighted that it had softened. She said this was a clear indication that things were beginning to move in the right direction, which was music to my ears. I had practiced hypnobirthing techniques throughout my pregnancy and I was so pleased that Carla had used such positive language when explaining where things were at. “We’re getting there” was so much more positive than “you’ve still not dilated”. I could have kissed her for being so upbeat and encouraging.

At 6pm a second gel was inserted and again, I was advised to rest for 20-ish minutes before keeping active and upright. I once again did laps of the hospital, taking the stairs two at a time in the hopes my cervix would begin to dilate. At this stage, I remember feeling a little bit sore – I imagined this was because of all the poking and prodding with the insertion of the gels and inspection of my cervix. It was nothing major, though, and not severe enough to stop me from tucking into a delicious cottage pie.

The night wore on, I got tired and cranky and Michael was dropping for sleep. My mum, god bless her, soldiered on for my benefit and was a pillar of strength when my spirits were down. After more than seven hours in the hospital, I’d really hoped things would have progressed more, but my lovely mum continued to remind me that everything was progressing nicely and that I was doing a great job.

At around 11pm, Carla popped in to tell me that her shift was over. She said, in the nicest possible way, that she didn’t want to see me in the morning – once I went into labour, I’d be moved over to the delivery suite. I’d grown to love Carla in the hours I’d spent in her care, so felt totally gutted she was leaving me. However, I almost felt excited at the challenge – have this baby before she comes back to work in the morning. At 11pm, another midwife, Anne, came in to hook me back up to my good old friend, the monitor. Almost as soon as she did, I began to feel incredibly uncomfortable. I had experienced braxton hicks contractions throughout my pregnancy, but felt these pains were new – and not really pains at all. More like an excrutiatingly tight belt around my bump, partnered with a dragging sensation where I’d typically feel period pains. Anne said: “I’d know by looking at you if you were in labour, you’re absolutely fine for now.” Then, she sent Michael home – we were still on a women’s ward and the policy was ‘no overnight guests unless you were in established labour’. I was sad that he had to leave, but thought it would be good for us all to get some sleep.

But sleep was not to be.

Within 10 minutes of Michael leaving, I felt unbearably uncomfortable. I watched the scribbled lines on the monitor going up and up and up and told my mum: “Something’s happening.” Then, I felt what can only be described as a balloon filling with air inside me, before my waters broke. And boy, did they break. As quickly as my waters broke, full-blown labour started and honestly, there is nothing on earth that could ever prepare you for the excruciating pain of a contraction. My mum, utterly perplexed by the sheer speed with which everything had happened and how quickly my waters were gushing, ran off to fetch Anne whilst I tried as best as I possibly could to clean myself up in between brutal contractions.

Despite being in actual, breathtaking agony, I had never felt so excited in my life. I was delighted my induction had worked and felt so hopeful that I’d be meeting my little one very, very soon.

I can’t wait to share my labour story, and the beautiful moment that I finally met my baby. 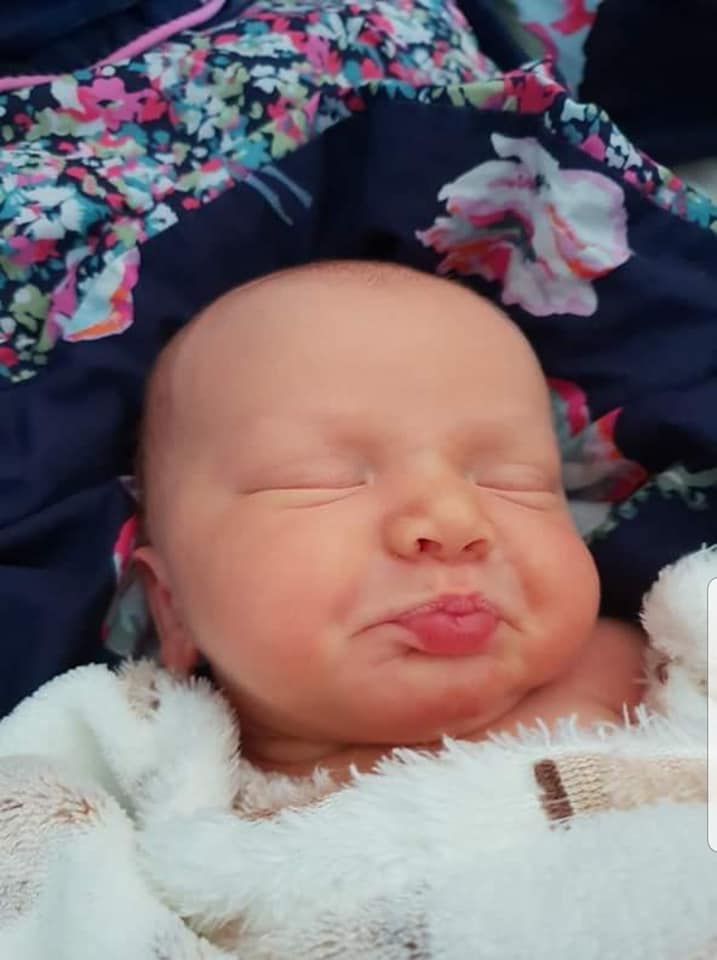 My Pregnancy: What I Packed In Our Hospital Bags 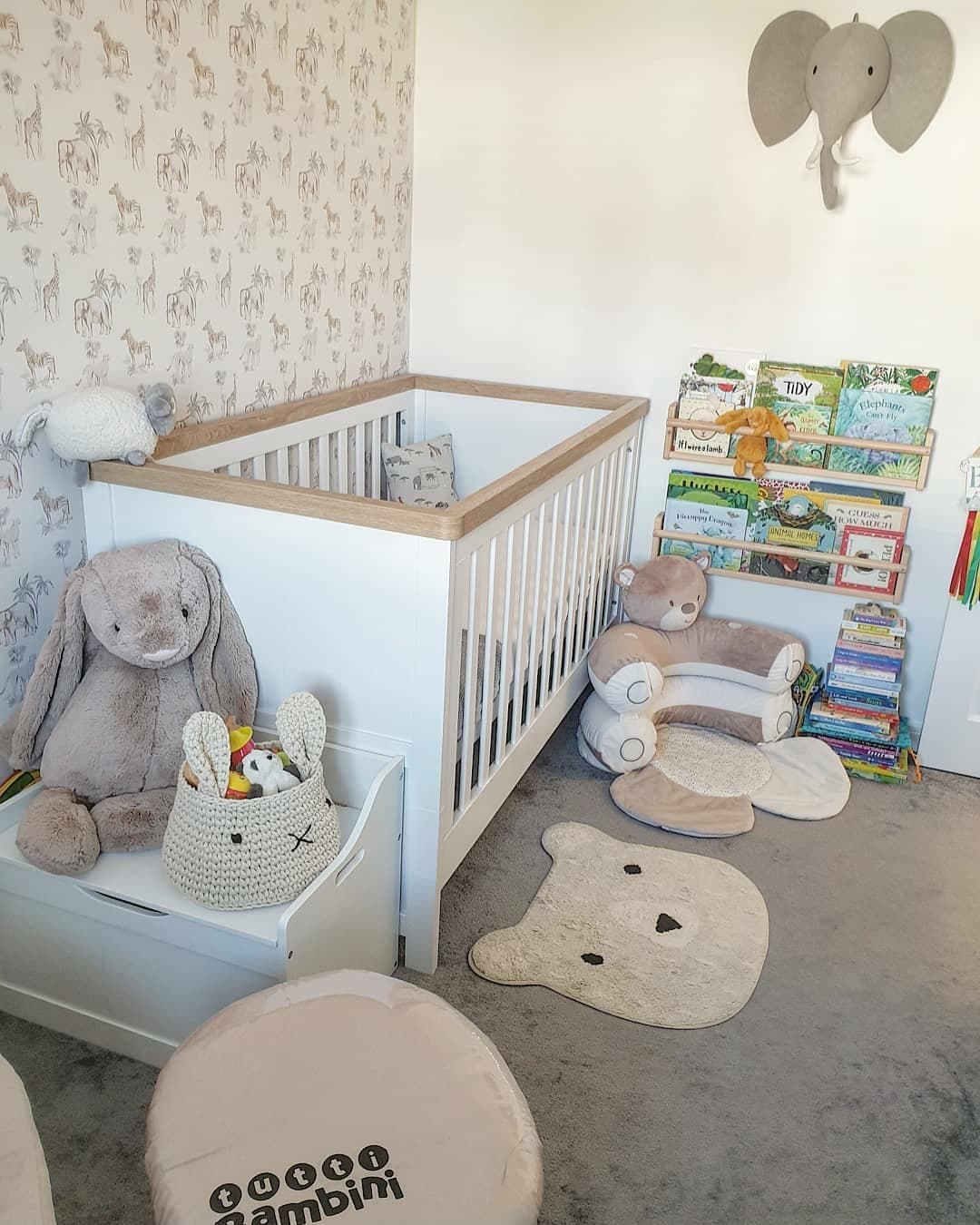 A Peek Inside Teddy’s Nursery 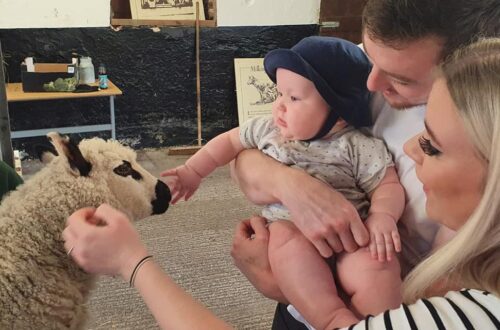 Talking Point: Why Do Men Feel Pushed Out By Their Children?