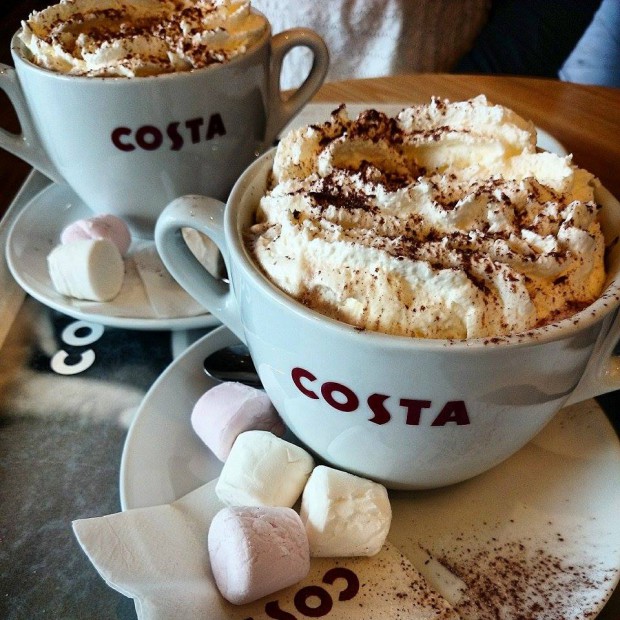 My life: Reflecting on a shitty year

Yes, it does seem a little bit too early for a reflections post. There are still a whole two and a half months of the year left, and so much can happen in that time. Don’t get me wrong, a handful of amazing things happened this year. I was finally promoted to Features Editor, something I’ve worked myself to the bone to achieve for the past four years. My Godson was Christened, my favourite couple got engaged (my Godson’s amazing parents) and my best friend bought a place of her own. Another one of my dearest friends passed her driving test after months of driving (pun absolutely intended) herself crazy over it, Michael’s sister graduated from university and almost immediately landed her dream job, and my family who live in America hinted they might be coming to visit next year, which is the most wonderful news EVER. I also bought another bunny because I can’t help myself. But aside from those few highlights, this year has been pretty fucking shit.

It started out so promisingly. My fiancé took me on a gorgeous long weekend to Budapest, which was incredible. Not only did I discover a new favourite place, but I had the best couple of days with my best friend and couldn’t have chosen a better way to celebrate turning 23. But one week later, my bags were packed and I was back living at my mum’s house. I love my mum with all my heart, but the last place on this earth I wanted to be at 23 was back at my mum’s house. (My little sister wasn’t too pleased either, since I joked I was getting my old room back. This wasn’t taken as lightly as i’d hoped and resulted in an outright war). After eight years together, things between me and Michael took a massive turn for the worst and despite all the chances we gave our relationship, it never seemed to recover. I won’t go into detail about the split or the circumstances in which it happened. But let’s just say it was pretty ugly and we were both gutted. So one Wednesday night at 10pm, we decided he’d get Luna, i’d get Bramble and we’d eventually sell the house and try to make the best of a disaster. I couldn’t believe it, and if it hadn’t been for my best friends and family I don’t think i’d have coped.

For two months, he made the effort he should have made in two years. I’m not pinning the blame on him entirely, but we all forget to appreciate what we have and this was the case with Michael. I developed a chest infection early in February, and he was round at my mum’s house most nights with ‘care packages’ of medicine, bath bombs and books. He even brought the dog, the manipulative shit. But on a serious note, I could really see he was trying. Still, I knew the split needed to happen and so I kept him at arms length. I suppose you could say I was quite mean, ignoring his texts and declining his calls. In the months that followed we both tried (and failed rather spectacularly) to date/see/speak to other people, but it just didn’t work out. So we went on a couple of dates together – which was pretty fucking weird since I’d spent eight years with him – and actually had a ball. I ended up moving back in with him, strictly as a friend, to give him a chance to prove we could salvage something of the situation. I vowed to stick to my guns, but that was made incredibly difficult by the fact his grandad fell ill shortly after. As a side note, Michael’s grandad Eric is one of the most wonderful people I have ever met, and is the closest thing I’ve ever had to a grandad of my own. The bond he shared with Michael was incredible, and that paired with the fact he’d never lost a loved one before somehow made an already devastating situation so much worse. Having lost all of my grandparents, I knew how deeply it hurt and couldn’t stand to imagine how heartbroken he’d be if his grandad didn’t pull through. Sadly, he passed away shortly after – and it broke all of our hearts. I think losing his grandad put a lot of things into perspective for him, and suddenly the irritating immaturities that had driven us apart were gone. He decided he wasn’t going to let another second of his life pass him by without him having lived it to the full, and that was that.

Although Michael and I are now officially back together and arguably better than ever, I still consider myself to have lost two of the most important people in my life this year. Oh, and during a well-needed holiday to Greece this summer, I found a lump in my throat and am currently awaiting a scan, which is obviously pretty unideal and given what a huge hypochondriac I am, I’m naturally dreading the worst. So that my friends, is why I can’t wait to see the back of 2018. In spite of that, I have vowed to make these last two months count – and make them fantastic. I have started writing what I hope to be the first of many books, and we’ve just bought ourselves a beautiful new, four-bedroom detached house. We should be in by Christmas, so although we’ve got a shitload of packing to between now and then, I think it will signal the beginning of the best chapter yet. We’ll be leaving a year, a house and a break-up behind and starting 2019 as we mean to go on.