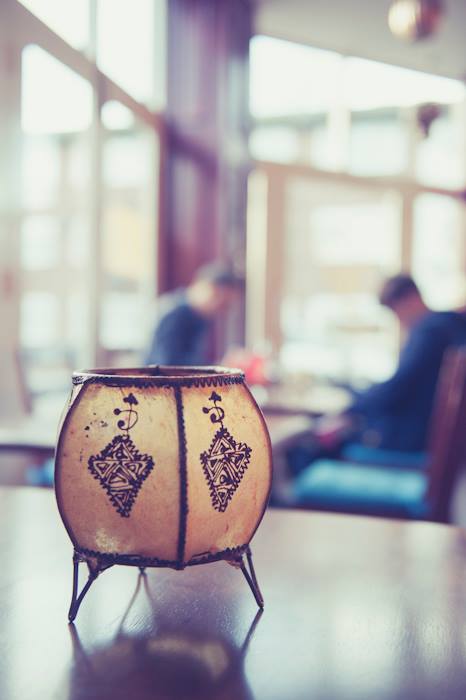 Worth a visit: Medjool, Lark Lane

There is no deliberation that one of the greatest loves in life is food. Even the most health and beach-body-ambitious of us would admit to having one particular secret, guilty pleasure that is one delicacy or another. For that reality alone, there is no better way to end a long and productive week of work than with a visit to an independent restaurant, snugly nestled away within the vibrancy that is Lark Lane’s bohemian alcove.

After hearing through the grapevine that Medjool Bistro is not only alive with colourful Middle-Eastern tradition, but is also a gorgeous venue for a date night, I decided that it was nothing short of obligatory to treat my partner and I to a taste of the promised authentic experience. So, last Friday night, we headed to Medjool Bistro, bursting with an excited anticipation.

Immediately greeted by a warm and inherently welcoming atmosphere, Medjool certainly boasts the authenticity it promises. We were exceptionally impressed to learn that all of the décor was in fact genuine, and had found its way to Lark Lane along with the lovely manager, Caroline, who had previously lived in a wide variety of locations throughout the Middle-East. Inspired by the culture she came to love, Medjool is alive with the beautiful treasures Caroline collected over the years, which certainly served to make the restaurant not only colourful, but a very interesting place to dine.

We hadn’t realised that Medjool was a ‘bring your own bottle’ restaurant, as they are not yet licenced to serve alcohol to their customers. However, the delightful range of soft drinks on offer made up for the fact that we couldn’t treat ourselves to a bottle of wine. I decided on a Blood Orange San Pellegrino, whilst my cuisine compadre settled for a classic Coca Cola with a lemon wedge. We would advise future diners to plan in advance, and purchase their own alcohol if it is desired.

Given that my partner and I love to experiment with all kinds of different foods, we decided that, rather than ordering our meals in the traditional way, we would ask Caroline to surprise us, serving her own favourite house recommendations. As each of the meals on the menu is a recipe exclusive to Medjool – a result of Caroline’s Middle-Eastern history – we thought it would be exciting to try the dishes that she herself was most fond of.

For our first dish, we were served a wicker basket filled with Turkish olive bread – which was still warm and absolutely divine, along with a pot of olive oil and balsamic vinegar for dipping, as well as a delightful selection of ripened and un-ripened olives. As we both love tapas, the exciting Turkish twist on our favourite appetizer was certainly well received…and definitely something that we would recommend.

As we were feeling particularly hungry, we kindly asked Caroline if she would bring us a generous number of dishes to share between the two of us. As one of Medjool’s house chefs is Portuguese, he wanted us to try some of his own unique dishes. We were presented with Portuguese Piri Piri chicken wings, which were alive with flavour…and armed with a nice little after-kick. He also served us some aubergine parcels, which were a very unique taste experience, different from anything either of us had tasted before. We definitely recommend that the more adventurous diners out there opt to sample them, as they fast established themselves as a particular favourite for the evening.

I am an avid lover of seafood, and so I was delighted when Caroline placed a dish of Iranian Bandari prawns in front of me. Despite not being the biggest lover of seafood, my partner ended up eating more of the prawns than I did {much to my dismay}. With a rich, fruity flavour and interesting texture, they were cooked to what can only be described as perfection. We were both suitably impressed with the dish, and would certainly recommend it to future diners at Medjool.

We were then served two starkly different portions of meatballs. The first were Egyptian Kofte meatballs, marinated in Medjool’s unique tam sauce. The others were Lebanese meatballs, drizzled in heavenly mint yoghurt. Whilst the two dishes were very different in terms of both taste and appearance, they were equally as delicious. Both were served on a bed of rice with dill and barberries; another dish unique to Medjool. Whilst the rice perfectly complimented the meatballs, it would have been delicious as a dish in its own right, as the barberries provided a sweet, unique taste, which was perfectly accompanied by the contrasting taste of dill.

Our next dish was a small platter of Halloumi and Sujok sausage, which was highly delectable. Bursting with flavours which perfectly complemented one another, they were delicious eaten individually, and also together. My partner and I would definitely recommend the dish to future diners, as it would be enjoyed by even those with the fussiest taste buds!

For our final dish, we were served two very different portions of Brak. As with the meatballs, both portions were dissimilar, and yet, equally as delicious. The first portion of Brak was spicy lamb, which was bursting with flavour. Rolled into a thin pastry, the lamb was tender, succulent, and came with a heated aftertaste! The second portion of Brak was filled with a creamy feta cheese and fresh spinach. Providing a wonderful contrast in flavour from the spicy lamb, the second portion was smooth, tangy and delicious.

Although we were both too full to eat dessert, Caroline was eager for us to sample the Medjool specialty dessert. The restaurant’s name, Medjool, is derived from the Medjool dates which grow wildly in the Middle-East…and are extremely sought after here in the UK. The specialty dessert is an exquisite blend of Medjool dates, which made for a truly delightful taste sensation. We will definitely be ordering a full portion during our next visit to the bistro!

Both my partner and I were thoroughly impressed with our dining experience at Medjool. From the authenticity of the décor, the warming stories of Caroline’s travels around the beautiful Middle-East and the unique recipes, Medjool is certainly a gem hidden within the spirit of Lark Lane’s bohemian culture, but we certainly recommend that diners take the time to seek out this truly wonderful taste of Middle-Eastern tradition.