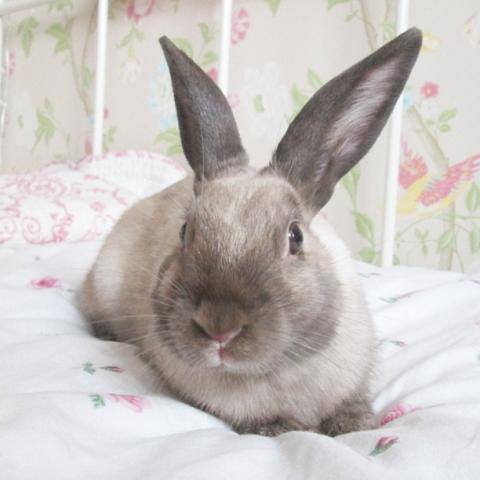 My life: An interview with PETA

Former Smith’s frontman Morrissey quickly established himself as a passionate animal rights activist, and throughout his life, his fierce determination to change the world for animals has driven him to produce some spectacularly powerful, graphic and above all, eye-opening music. However, whilst we’ve been distractedly indulging in his phenomenal music, many of us have neglected to acknowledge and appreciate the deeper meaning of those burdened tracks – and the growing dystopia that inspired them.

The remarkable People for the Ethical Treatment of Animals – or better known for their acronym PETA – are a worldwide charity, passionately dedicated to establishing and protecting the rights of all animals because, like humans, animals are capable of suffering and live every day with the simple desire to exist peacefully. Despite being somebody who currently eats meat as part of my diet, I am starting out on my journey to vegetarianism with great determination. Animals deserve to live pleasurable lives, free from harm and ridicule. They deserve to be treated with equal respect and dignity. They are not ours to eat, to drape ourselves in as one fashion statement or another, to torture in the name of beauty or for any other reason.

Given their burning passion for the protection of animals, I decided to speak to PETA about their continued, admirable work, how they hope to ultimately change the future for all animals and of course, how they felt about Morrissey, his recent album and his own passion as a devoted animal rights activist.

It is clear that Morrissey is passionate about animals. In accordance with his album, World Peace is None of Your Business, which is largely concerned with the safeguarding of animals, what do PETA have planned in the coming months to raise the profile of their efforts to protect the lives of innocent animals?

We have some truly cracking projects in the pipeline, but unfortunately, due to policy, we don’t publicly discuss future plans. Since our adversaries are made up of wealthy industries that raise and kill millions of healthy animals each and every year for profit, we need to keep them guessing, not preparing them with excuses for their cruel deeds. However, what I can tell you is that we have new factory-farming and slaughter videos in the works. We are also going to push our new 60-second looks at meat, leather and other topics out to kids, and we are currently in the process of having discussions about a campaign to get people to stop eating one of the dirtiest and most inhumanely produced products in the world, chicken. We are also going to make a brand new video, featuring Morrissey’s anti-bullfighting song, which came out just in the nick of time to highlight the fiasco that is the Running of the Bulls in Pamplona, so that we can use it to put the last nails in that blood sport’s coffin.

Due to his success, Morrissey has established himself as quite an iconic figure across the globe, and particularly with regards to the welfare of animals, as he’s renowned for his vegetarianism. Do you think his latest album release will make an immediate difference to the treatment of animals around the world? Do you think that loyal fans of the ex-Smith’s frontman would be encouraged to turn to vegetarianism?

When Morrissey talks, lots of people listen. There’s no doubt that his legendary efforts to help put a stop to animal abuse, which span three decades, have had and are having a big impact. He has teamed up with PETA on a number of campaigns, and many fans cite him specifically as inspiration for their decision to switch to a vegan or vegetarian lifestyle. This year, his Some Day video is making people cry, and it has gone viral. In 2009, Morrissey made international headlines when he walked off stage at a music festival in the United States, stating that he hoped that the “burning flesh” he smelled was human. That resonates with us, because our founder has made a will in which she asks that her own flesh be grilled with onions to make the point that we’re all animals. It aligns with our hugely popular Only Cannibals Eat Animals youth tour, too. And as he performs the Smiths’ Meat is Murder, he regularly screens footage of PETA US’ hard-hitting “Meet Your Meat” expose. For his tireless efforts to promote the animal rights message, we named Morrissey PETA’s Person of the Year in 2011.

Do you believe that more people should make a concerted effort to transform into vegetarians? Do PETA think that vegetarianism is a vital part of protecting animals, or do they believe (and accept) the reality that meat-eating is simply a way of life for many people?

The single most important thing that we can do to protect animals is not to eat them. To paraphrase George Bernard Shaw, It makes no sense to eat the objects of your sympathy. Cruelty is more than just not kicking dogs, and animal rights is a recognition that all of us, from chicken to child, feel joy, love and pain and want to live, not become sandwich filling. And no one can be a meat-eating, dairy-guzzling environmentalist. It doesn’t add up, because animal agriculture is inarguably linked to greenhouse gases. According to a UN report, the meat industry is “one of the top two or three most significant contributors to the most serious environmental problems, at every scale from local to global”, and the UN has said that a global shift towards a vegan diet is vital to save the world from hunger, fuel poverty and the worst impact of climate change.

So, there are selfish reasons to switch, too, even if you don’t care about the fear and pain that animals endure. A plant-based diet also helps to protect against heart disease, diabetes, strokes and cancer, and vegetarians are typically slimmer, and they also live longer than their meat-eating counterparts do. We hear from Morrissey fans every day, who listen to what he is saying and singing and tell us that his influence helps them give meat the boot. They hadn’t thought much about the fact that before they end up in a fast-food wrapper or the freezer section, most animals are raised on filthy, crowded factory farms, where they are caged and deprived of all that is natural and important to them, and where they live in worse conditions than prisoners in Idi Amin’s jails did. They rarely, if ever, smell fresh air or feel the sun on their backs, or stretch a wing or a leg until the day that they are sent off to slaughter. As Morrissey says, it’s a lifetime of suffering, all for a fleeting moment of taste. He challenges listeners to have the self-control to break away from their meat addiction.

Do you believe that PETA can, at some time in the hopefully not-so-distant future, stop animal testing and all forms of animal cruelty once and for all?

Leo Tolstoy noted, “As long as there are slaughterhouses, there will be battlefields.” Human beings are killing each other all over the globe, so there will probably always be violence, but more than a third of people now identify themselves as “objectors” to the use of animals in experiments – and with good reason. Not only has technology –such as high-speed computers that we can program with human data, and the availability of the whole human genome on the internet – now given us non-animal research methods that are vastly superior to crude old animal tests, evidence recently published in the British Medical Journal also demonstrates that experiments on animals systematically fail to benefit human beings, yet millions of animals are still poisoned, starved, surgically mutilated, electrocuted and burned in British laboratories, without a thought to scientific findings about even their basic needs, behaviour and sentience. The number of those who object to animal experiments rises all the time. Today, vegan foods are everywhere, and stars, athletes, musicians and business leaders, including Biz Stone, Bill Clinton and Venus Williams, talk about the benefits of going vegan. In fact, the director James Cameron devoted his entire award speech at the National Geographic gala to telling people how they have to go vegan if they give a damn. It’s all very mainstream. Figures show the lowest levels of meat and fish consumption in at least a decade, even before the horsemeat scandal broke, and one in six young people now call themselves a vegetarian – according to a recent YouGov poll, which also shows that a quarter of British adults are eating less meat compared to a year earlier. PETA’s job is to work as hard as we can to end all forms of animal exploitation and abuse. The lives of too many intelligent, sensitive animals depend on it.

What do you believe has been PETA’s most impacting, hard-hitting, heartrending and successful campaign?

We have changed so much, including getting every car company in the world to stop using animals such as pigs and baboons in car-crash tests. General Motors, which owns Vauxhall, was among the last to go. Now, all of them use computerised mannequins. We stopped NASA from sending monkeys into space. We got major cosmetics companies to pull out of China, because it requires tests on animals for products sold there, and we also got dozens of international retailers to stop buying and selling angora, Indian leather, and wool from Australian lambs who have the flesh on their hind quarters cut off with gardening shears with no painkillers. We closed the dog drowning tanks in Taiwan. And our youth outreach is simply enormous. We make many of our public actions colourful and controversial so as to draw attention to serious issues and spread the message of kindness to animals to the public. This approach has proved inarguably successful. Following our I’d Rather Go Naked Than Wear Fur campaign, for instance, 95 percent of British women now refuse to wear fur.

Many argue that animals deserve to be treated with as much respect and dignity as humans do. How can members of the general public actively get themselves involved in PETA’s fantastic campaigns in order to make a difference to the perception and treatment of animals worldwide?

If you are against injustice, you have to be for animal rights. If you abhor needless violence and discrimination, you surely don’t care who the victims are – you just don’t want to support such things. Animal rights and human rights are linked in that way. We are one animal amongst many, and even if you want to think of humans as superior (forgetting that animals can do things that we cannot, and that other species do not bomb each other, pollute rivers and fill the oceans with plastic), you have to agree that all animals are emotional beings and that we all experience joy, love, pain and fear. Only prejudice allows us to deny them basic rights, such as the right not to have their offspring taken from them, to choose their mates, to walk about, to fly and to live free of chains, whips, and cages. The best thing that anyone can do for animals is to stop eating them, wearing them, using them as living test tubes for our products, and treating them barbarically in any way. It’s really that simple.

They can read Making Kind Choices by Ingrid E Newkirk (available from Amazon.com) and learn dozens of other easy ways to follow an animal-friendly lifestyle on PETA’s website.

(The gorgeous little bunny above is my Rabbit, Peter, who quite simply loves having his picture taken. This should be a reminder that all animals deserve to be loved. They should live happy lives free from disrespect, torture and ridicule).